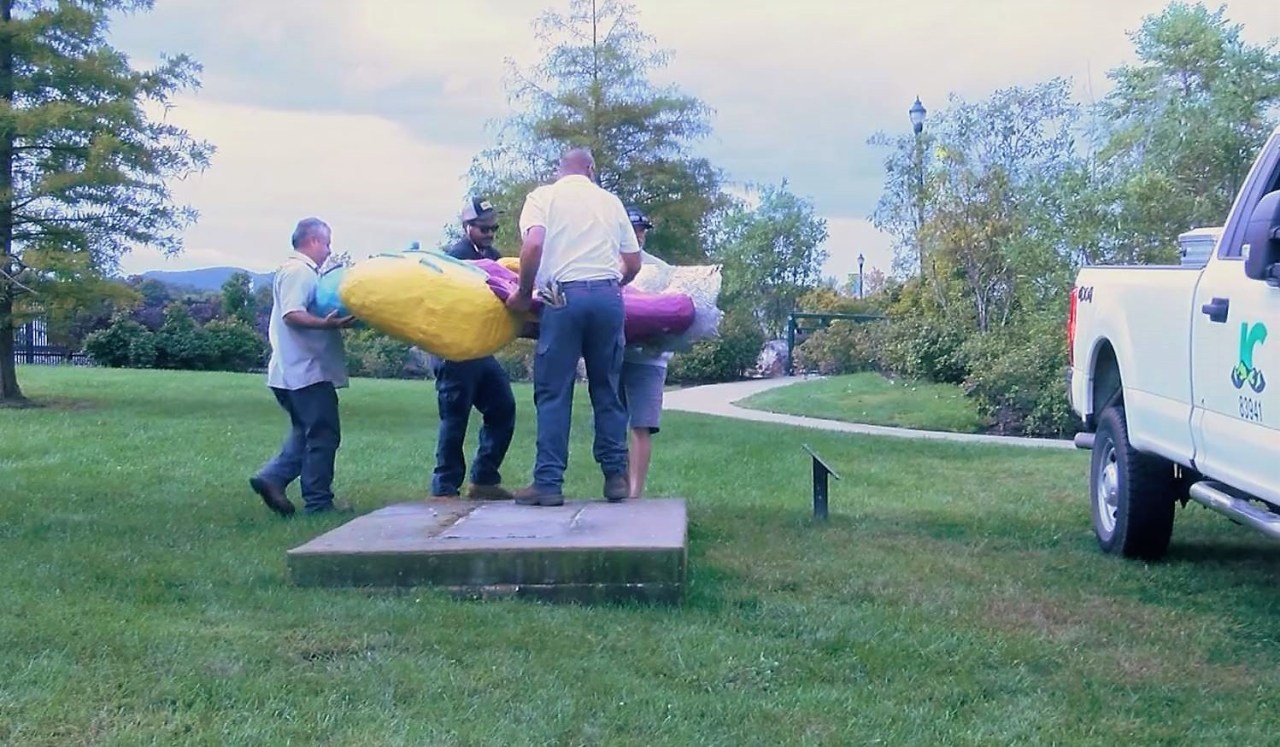 As of Tuesday morning, the work – part of Johnson City’s public art installations in Founder’s Park – was on the grass, torn from its base.

Within hours, public works crews took the damaged work to the city garage and contacted Eassa, while Johnson City police began trying to determine if the colored room had been vandalized or had possibly been vandalized. -being accidentally knocked over.

â€œFor us, it’s important to make sure that if there is vandalism or something like that, we are aware of it. But it seems so far the sculpture has simply been removed from its base, â€Johnson City Public Art Committee chair Vanessa Mayoraz told News Channel 11.

Mayoraz, an art professor at East Tennessee State University, said that in some ways public art is in danger of being degraded. But public art installations have been commonplace in Johnson City for a number of years with minimal fuss.

â€œOur history with the police and all of the shows that we’ve put on over the years, all of the artwork, we’ve had very little vandalism,â€ she said. “The community has been very supportive of the art and very respectful to have art in their midst in the city center.”

In this case, she said a police report had been filed.

â€œIt looks and looks like the sculpture was thrown from its base, but no further damage seems to have happened to the sculpture so far,â€ Mayoraz said.

â€œIt’s very important for us as the Johnson City Public Art Committee to have a relationship of trust with our artists, so it’s good that the police are involved,â€ Mayoraz said. “And Public Works is talking to them to find a way to fix the sculpture.”

Mayoraz doesn’t know when or if the colorful characters will return to the park.

â€œIf it’s a quick fix, it might take a month or something, but the artists are busy,â€ she said. â€œMaybe he’s working on something else. We’ll know a lot more once there’s been a few email exchanges with the artist.