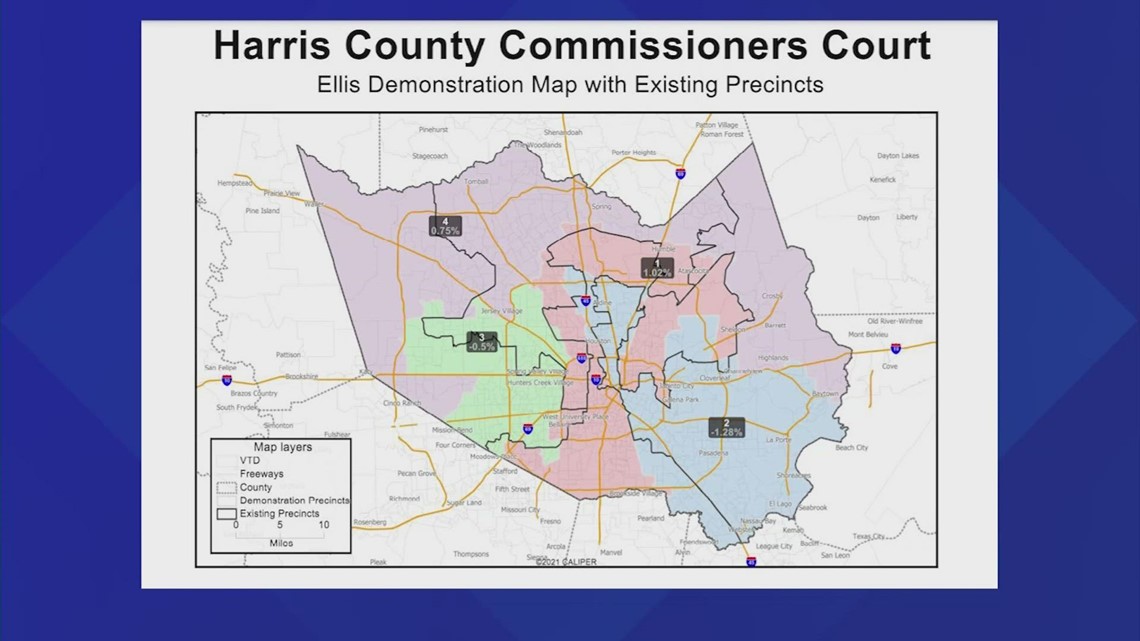 Every 10 years, state law requires that county ridings be redrawn with a balanced number of people using the new census data.

“This map has a direct negative impact on two million people in Harris County on the way services will be delivered,” said Ward 3 Commissioner Tom Ramsey.

Commissioner Ramsey said a proposal by Commissioner Rodney Ellis of Ward 1 places most residents of unincorporated areas in Ward 4.

Commissioner Ramsey said that means Precinct 4 would have to maintain more parks, roads, bridges and community centers with the same amount of funding, as well as fewer partnership opportunities with cities.

“When we have a hurricane, this chamber would be responsible for meeting the needs of Baytown and Katy,” said Commissioner Ramsey. “They are 60 miles from each other. It’s ridiculous.”

Every 10 years, state law requires that county ridings be redrawn with a balanced number of people using the new census data.

Venue 3 recorded the most gains with around 85,000 people, according to venue staff.

Commissioners held a public hearing on the proposals Thursday afternoon. More than 100 people have registered to speak, several giving critical signs of the proposal.

During Thursday’s meeting, County Judge Lina Hidalgo called the process “transparent” and said she was eager to listen.

“We have had several hearings, at least five or six,” Judge Hidalgo said, ahead of the meeting. “We partner with community organizations that are deeply rooted in the community to solicit feedback. We have a website that we’ve been promoting for months where people can get their questions answered, submit their ideas in writing. They can even submit their own card proposal.

Commissioner Ramsey said a final vote could take place as early as the following week.